Lachlan is home to around 230 bird species. 170 of these live here
on a permanent basis while the remaining 60 species visit on annual migrations, to breed or in response to seasonal changes. As a result, Lachlan is a great birding destination. Many bird groups and clubs have annual trips to Lachlan and it’s not unusual to leave this area with 30-40 lifers on your bird list, especially if you are from the coast.

There are three main factors which contribute to this area being the great birding destination that it is. The geographic location, large areas of intact native vegetation and the Lachlan River valley.

Lachlan lies in an area between the western slopes of the Great Dividing Range and the more arid interior. It boasts a large number of vegetation communities which in turn result in the large diversity of bird species. Common local species aside, many species are at the edge of their individual distribution ranges. Eastern Yellow Robin, Speckled Warbler, Golden Whistler and Eastern Rosella are at the western edges of their home ranges with Southern Scrub Robin, Splendid Fairy Wren, Shy Heather Wren, and White Fronted Honey Eater area at the eastern limits of their home ranges. So it’s not unusual in a days’ birding, to see a wide variety of species.

The area is also an important ‘flyway’ for north/south migrating birds during spring and summer and autumn. Many of these birds are just flying through but others such as Dollarbirds, Rainbow Bee-Eaters and Pallid Cuckoos stop here each year to breed. Lachlan still has large areas of undisturbed, intact native vegetation, especially on the western side. It boasts many state forests, native reserves and an extensive travelling stock route system.

This is probably the single most important factor for diversity of bird species. Many woodland bird species thrive here while they are slowly declining in other areas where vegetation communities are more fragmented and disturbed. Grey crowned Bobbler, Grand Cuckoo Shirks, Major Mitchell Cockatoos and Hooded Robin are common and frequently seen by birders. Large areas of intact Mallee also allows specialists such as Mallee Fowl, Scrub Robin & Gilberts Whistler to live and breed here. Lachlan is spilt from east to west by the Lachlan River valley. Joining from the south and east are the Bland and Humbug Creek systems which enter along the Wallaroi Creek. The valley is typically vegetated by Redgum, Coolibah, Lignum/Saltbush and Myall communities. Many common waterbird species live and breed here.

There are no major permanent wetlands in Lachlan aside from small areas around Lake Cargelligo and Curlew Waters. ln wet times and during flood years ephemeral wetlands appear along the Wallaroi Creek System. These wetlands persist long after floods have receded and provide great habitat for other uncommon waterbirds. Crakes, Rails and very occasionally Australian Pointed Snipe can be found at these times and will stay
until the summer heat disperses them to cooler areas. When Lake Banar is full, large flocks of Pelicans, White Breasted Sea-Eagle and thousands of Plumed Whistling Ducks will invade the area to take advantage of the abundant food supply.

ln dry times the Sewer Treatment Works at Condobolin and Lake Cargelligo are great places to see waterbird. They will often produce surprises such as Freckled Duck, Sharp Tailed Sandpiper, Black Tailed Native Hen and Australian Shellduck. They are always worth a visit.

The birding areas in the Lachlan Shire are all very accessible and it is easy to navigate your way around. A birding trip here will always be very productive for both beginners and hard core birders alike. 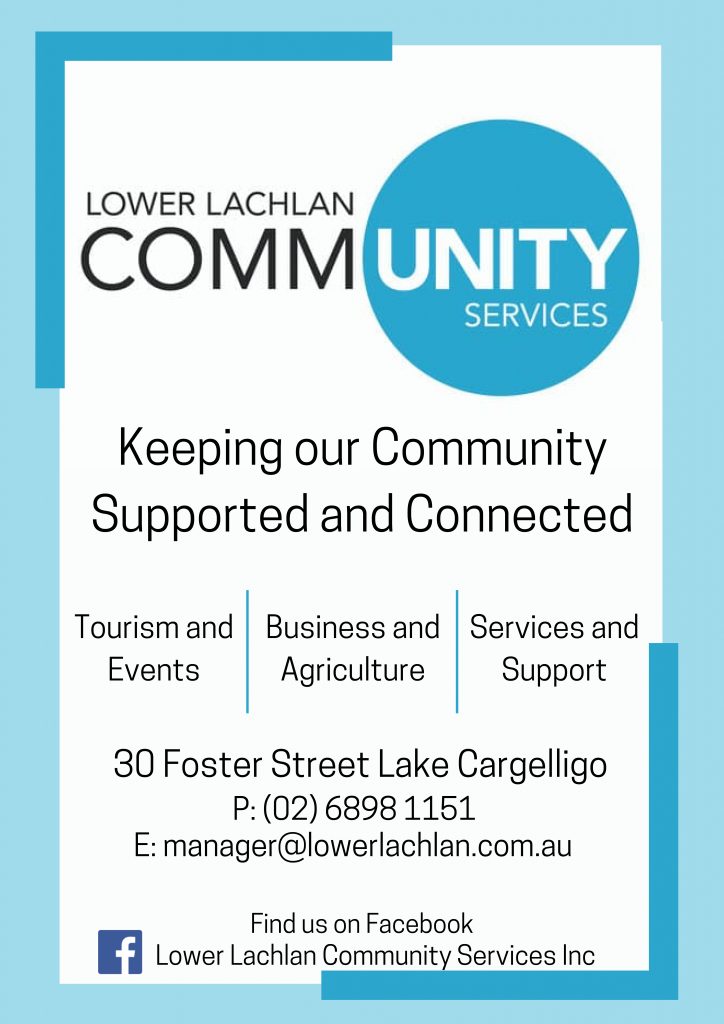